Get Your Hair Back Now!

Get A Hair Transplant
All in one service

Dressing the day after the operation 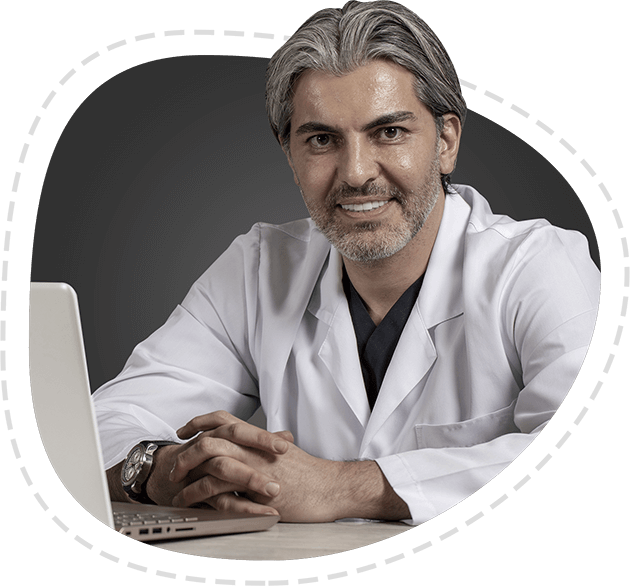 Dr. Serkan Aygin, being amongst one of the first medical teams to perform hair transplantation in Turkey, has been practicing in the field of hair-loss treatments since 1996.

He received his Bachelor's Degree in Medicine at Istanbul University, Faculty of Medicine (Çapa.) He pursued a Master's Degree in both Clinical Pharmacology and Dermatology.

He also worked as a Specialist Doctor in the Outpatient Clinic for Dermatology and Hair Disorders after graduating from Istanbul University.

He is one of the leading doctors' whose contributions have had a major impact on the worldwide reputation Turkey has established in hair transplantation. 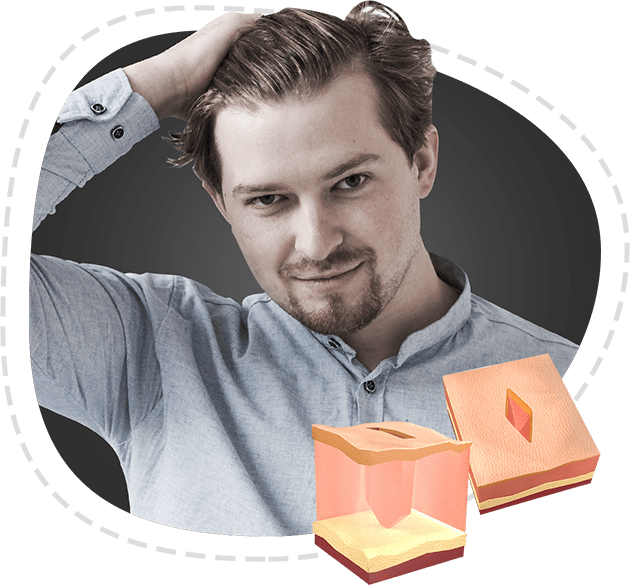 FUE, which is conducted by using blades made from a precious gemstone called sapphire, utilizes special sapphire blades instead of steel blades during the process of creating incisions within the recipient site.

FUE performed with sapphire blades is not a technique, it is an innovation implementing a new process within the FUE method.

Since Sapphire blades are smooth and sharp, they can create incision that are smaller and at the same length of hair follicles.

Since this sharpness creates less vibration on the skin, the healing process will be faster.

Although the duration of the operation varies according to the number of grafts that will be transplanted, it usually lasts around 6 to 7 hours.

This is the stage where doctors and assistants work on the hair transplantation plan and prepare the operation area according to the customized hair transplant plan that has been carried out.

The areas where the grafts will be extracted from and the transplantation site will be sterilized. Sedation is applied by our Anesthesiologist using medical monitoring devices with the dosage adjusted to the patient's physiologic condition.

This process involves harvesting of the hair follicles one by one via a micro motor from the back and sides of the head as well as from the beard areas. Harvested grafts are divided into single and multiple grafts and stored in special solution at 4 ° C.

Creating the incisions where hair follicles will be transplanted

The incisions will be created taking into consideration the hairline design of the patient and the number of grafts that will be transplanted. Incisions are created at an angle of 40-45 degrees and in the direction of natural hair growth.

One of the most important aspects in transplanting the grafts, is to start from the area where the hairline has been designed and to transplant the single grafts within this area. Thus, more natural looking hair transplant results can be achieved. Grafts extracted from the back of the head and from the beard area that contain multiple hair follicles are transplanted into the mid scalp area to provide fullness and to add more density.

Medical Dressing and Informing the Patients

After the operation, the donor areas -the areas where hair follicles are extracted from- will be covered with a bandage. On the following day of the operation, patients are given instructions on what to do until they receive a medical dressing.

On the first day after the operation, the patient will return to the clinic for a follow-up visit. On the same day, the patient will receive either Low Level Laser Hair Therapy. After the procedure, the doctor's assistant will be in constant communication with you. After your hair transplant procedure, do not hesitate to ask any questions about your recovery process.

DHI technique is also known as 'unshaven hair transplant'. It is a method in which site creation and graft implantation are performed simultaneously, i.e. extraction and implantation are combined as part of a one or two step process.

DHI method enables to place the grafts at the right angle to direction of hair growth in a more convenient way, which allows the patients to obtain natural looking results.

Hair transplant is performed using choi implanter pens which provide denser hair transplantation. These pens, selected specifically for patients during operation, are single use for each patient.

Just like hair transplantation, beard transplantation is also performed with DHI technique. Hair follicles are extracted from an area located at the back of the head between the two ears and are transplanted into the beard region with an implanter pen.

Operations are performed under local anesthesia thus no severe pain or ache is experienced. There will be no scarring or stitches after the operation.

What is included in hair transplantation procedure?

The hair transplant operation along with Laser therapy and dressing process are included in the specified price. No additional costs will be incurred.

How many grafts can be transplanted at most?

Maximum 4,000-4,500 grafts can be transplanted in one session. If hair loss is severe (see Norwood Scale class 7), it may be necessary to have a second session of hair transplantation.

Since the amount of grafts that can be transplanted using an implanter pen during a DHI hair transplantation varies in comparison to the FUE method, DHI hair transplant is considered to be slightly more costly in terms of the time allocated for the operation as well as the medical devices that are used.

Does the doctor perform the operation?

In the hair transplantation process, 3 doctors work together with Serkan Aygın. The doctors are involved in the following processes; the administration of anesthesia, transplantation and the operation planning.

When can I call or send a message?

You can send a message or call us via Whatsapp anytime, 24 hours a day, seven days a week. If the doctor's assistant is not available, your number will be stored and you will be contacted as soon as possible.

How many days do I need to rest after I undergo a hair transplant operation?

After the operation, we recommend patients to rest for one day. The scabs formed within the recipient area will heal in 10 to 15 days. Your appearance will look like you have not undergone a hair transplant operation. After the operation, you should avoid sun exposure and any intense activities. The doctor's assistant will provide you with the details after the operation.

What kind of measures are taken for sanitation?

Is there a recommended age to have a hair transplant?

Do I need to pay for the consultation session with the doctor?

No, the hair transplant consultation session with Dr. Serkan Aygın is free of charge. If you decide to undergo the operation, the payment can be made by credit card or in cash on the day of the operation.

Will the transplanted hair fall out again?

The transplanted hair is extracted from the back and sides of the head defined as the donor area. This area is also known as “safe zone". Since hair follicles in this region are not affected by the DHT hormone, they are genetically resistant to hair loss. As the hair follicles to be transplanted are extracted from the areas of the head that are genetically resistant to balding, they will be showing the same bald-resistant traits and will therefore remain intact and not fall out.

Are flight tickets and accommodation included in the price?

How many days should I stay in Istanbul?

You need to stay at least for 2 days in Istanbul. The operation plan is made with the doctor on the day you arrive and your operation can be performed the next day. The day after the operation, you will need to visit the clinic to receive a medical dressing, medication and instructions on how to wash your hair after the procedure. Then you can return back to your country.

Before and After Photos 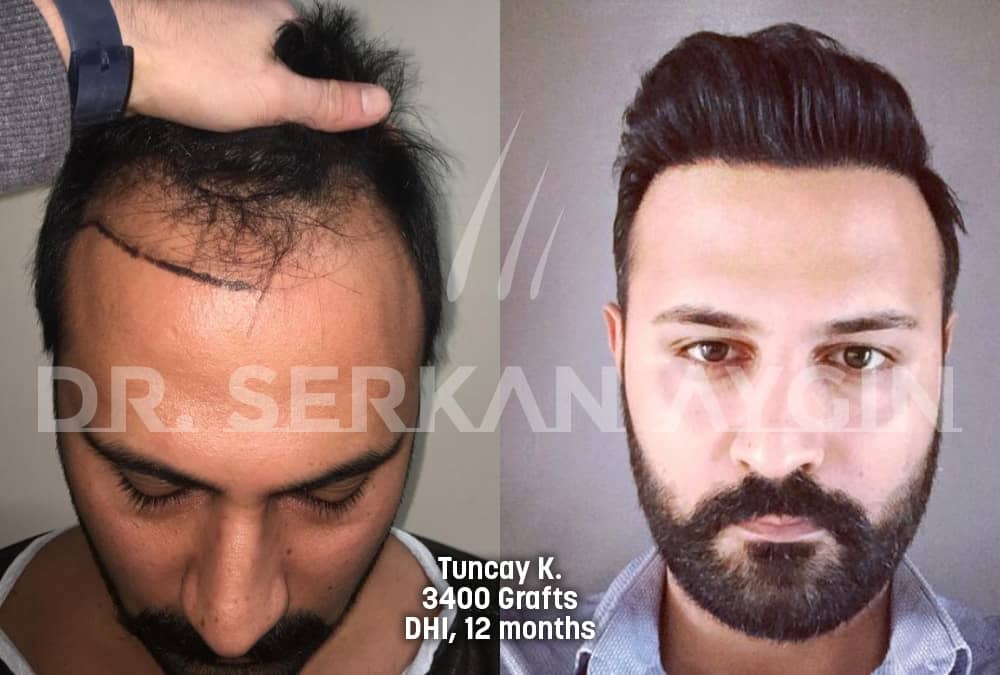 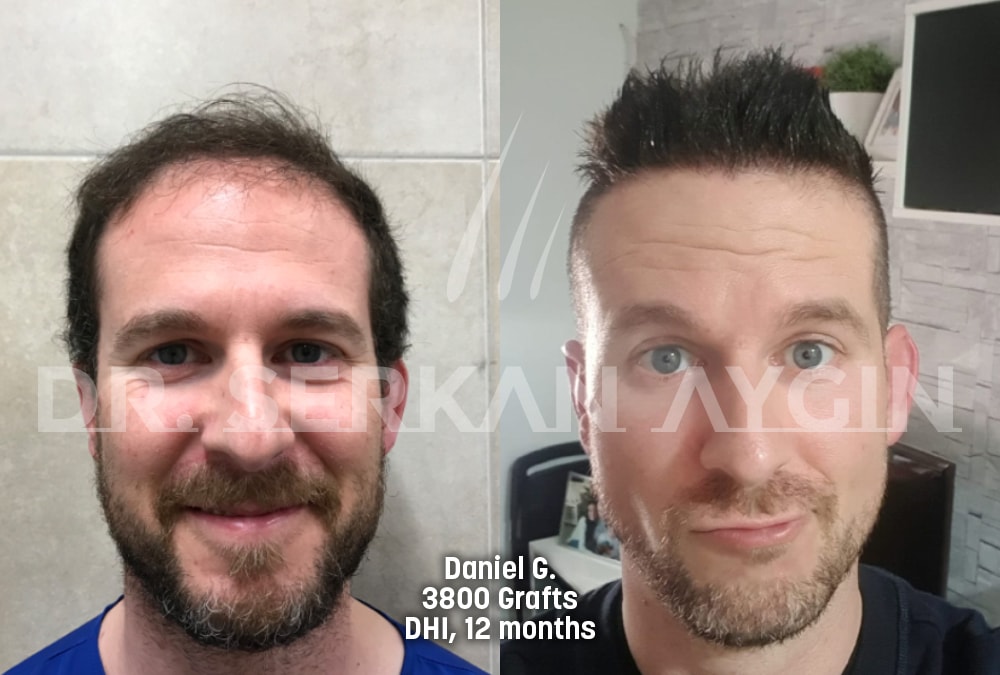 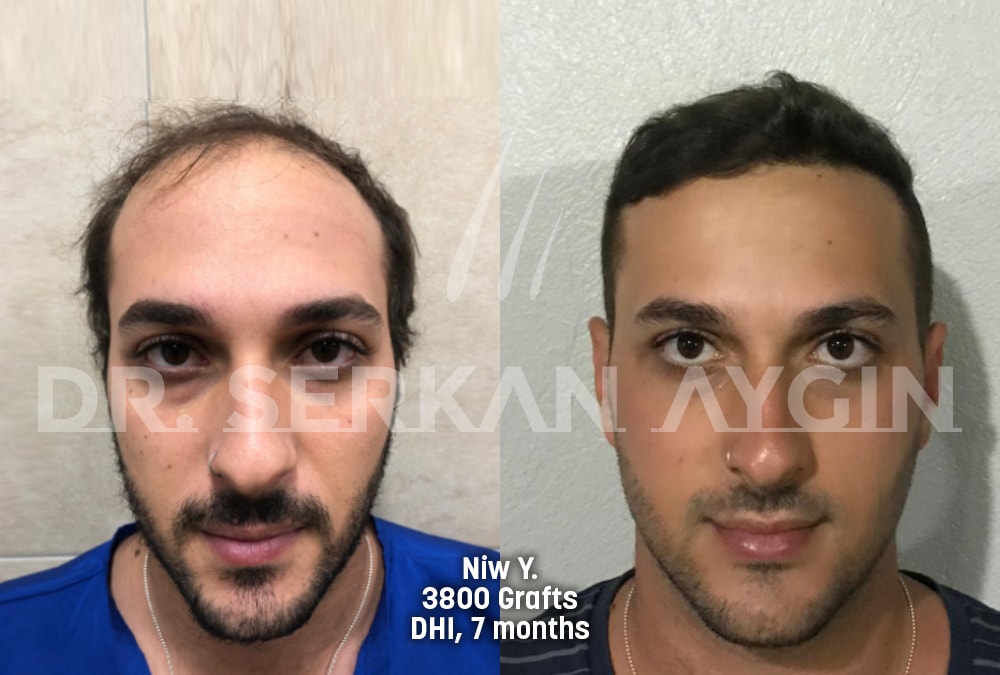 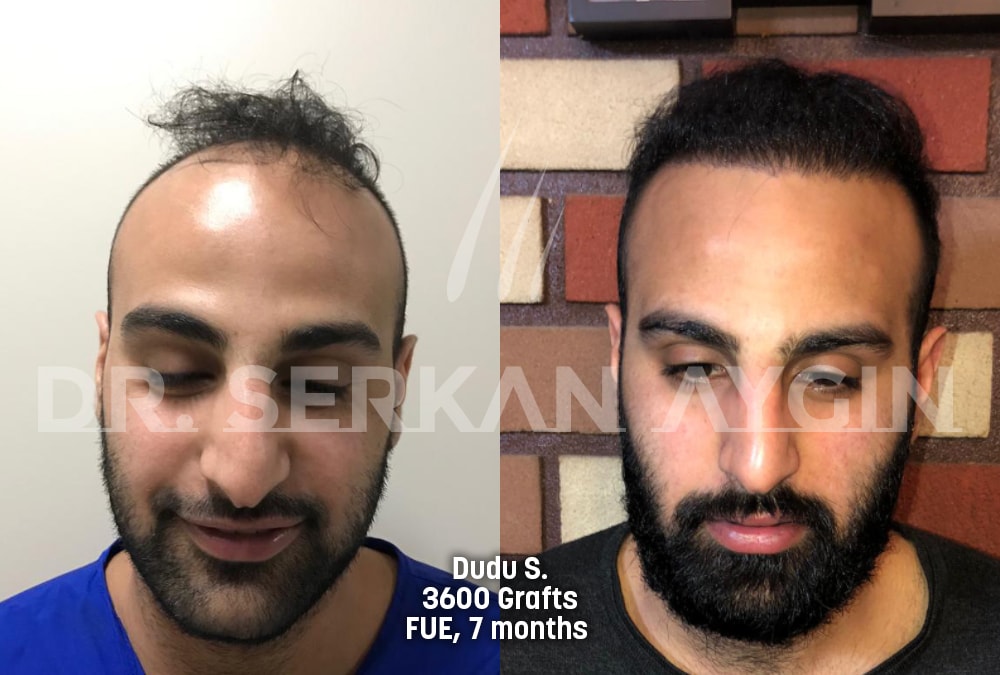 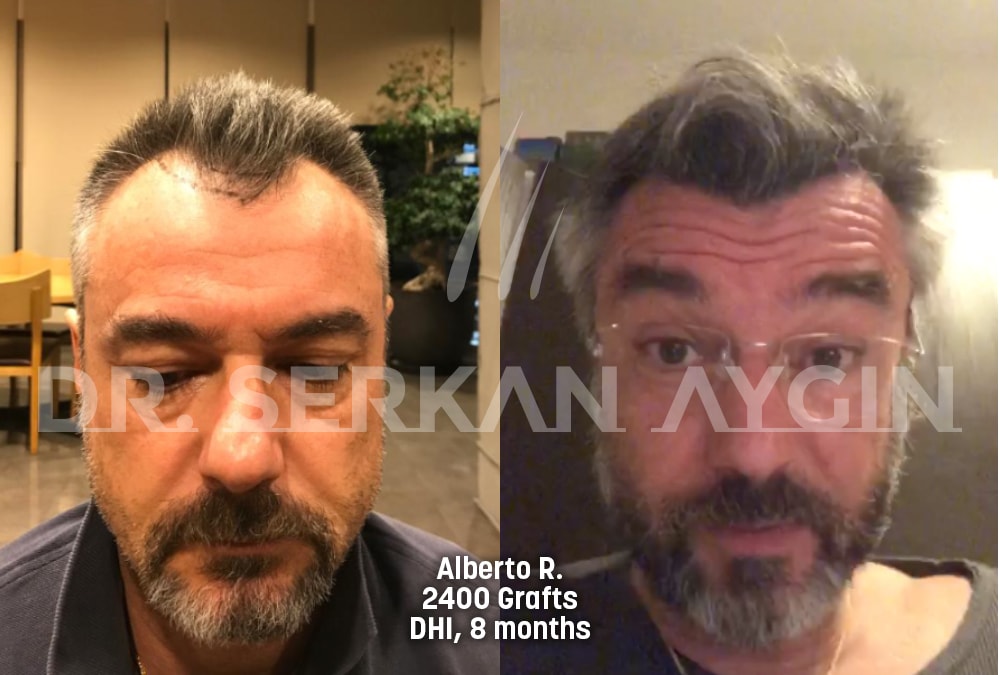 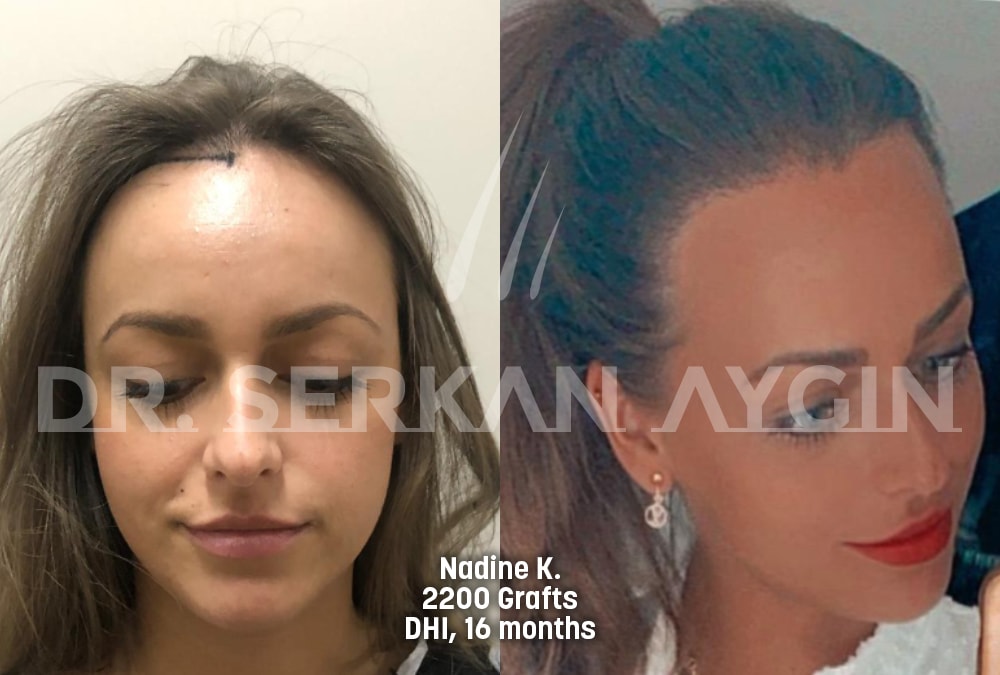 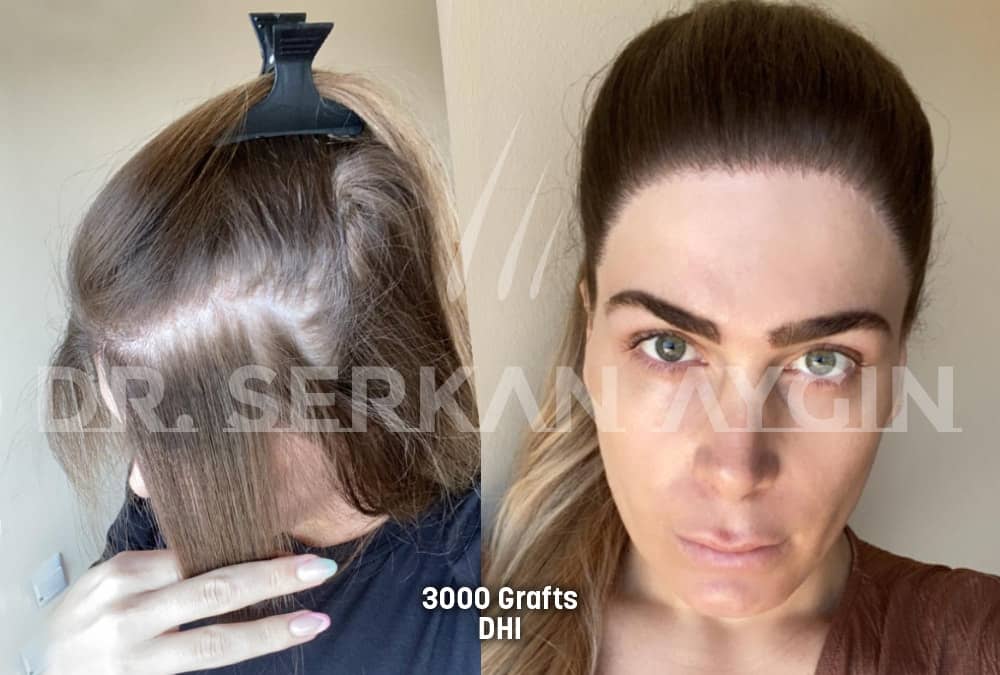 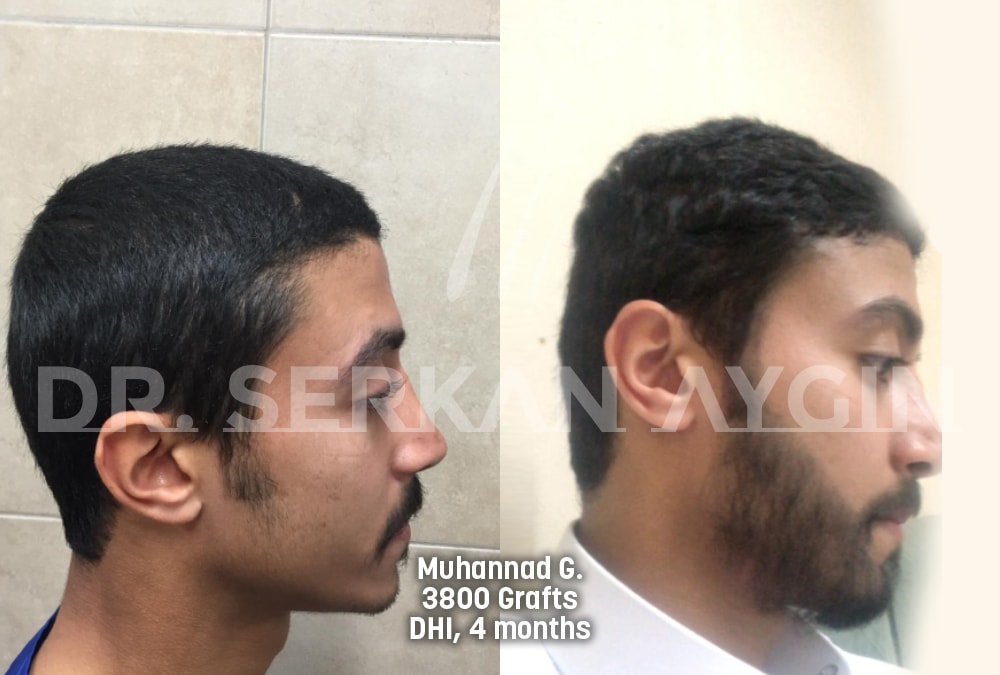 We are open 24/7 for communication